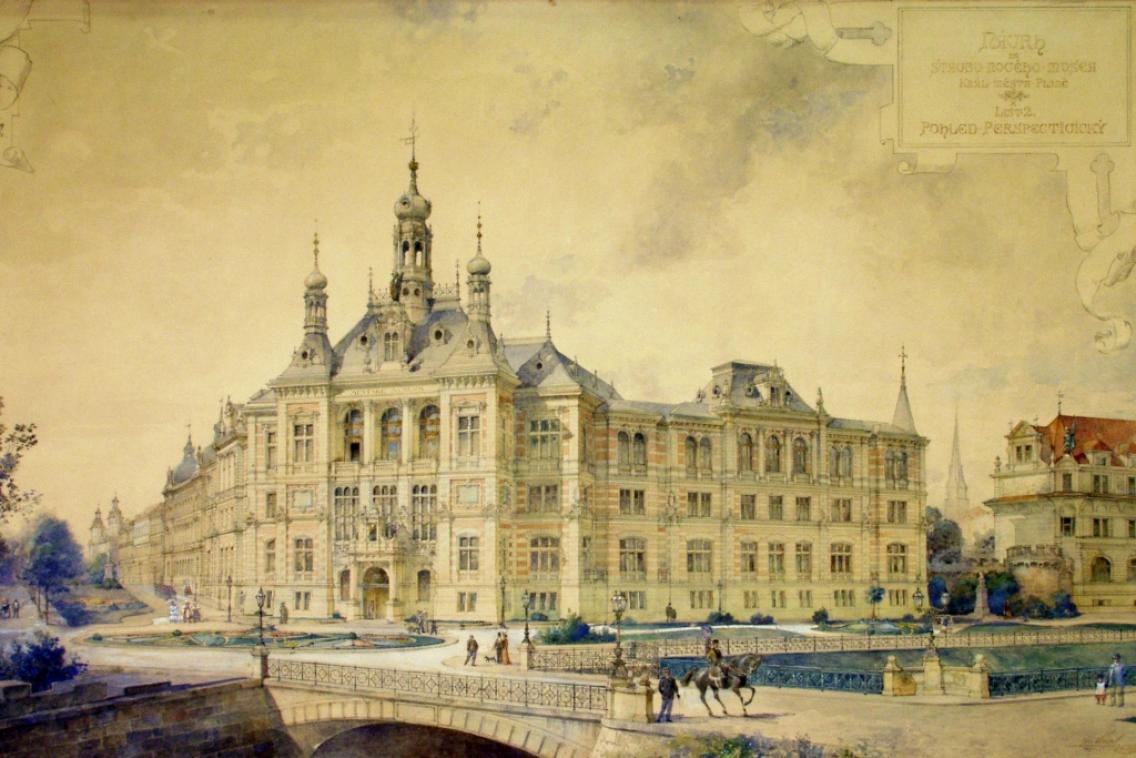 The Municipal Museum for the Town of Pilsen and West Bohemia was established on 8 November 1878 with its seat in the today’s building of the State Research Library. Both its focus and considerable increase in collections caused splitting the museum on 7 November 1888 into two institutions, namely the Municipal Historical Museum and the West-Bohemian Arts & Crafts Museum.

In 1886, architect Josef Škorpil was appointed director of Arts & Crafts Museum. According to his design, construction of a new building in Kopeckého sady municipal park was started at the end of 1896. The shell construction was finished in 1898 and the interior decoration one year later. 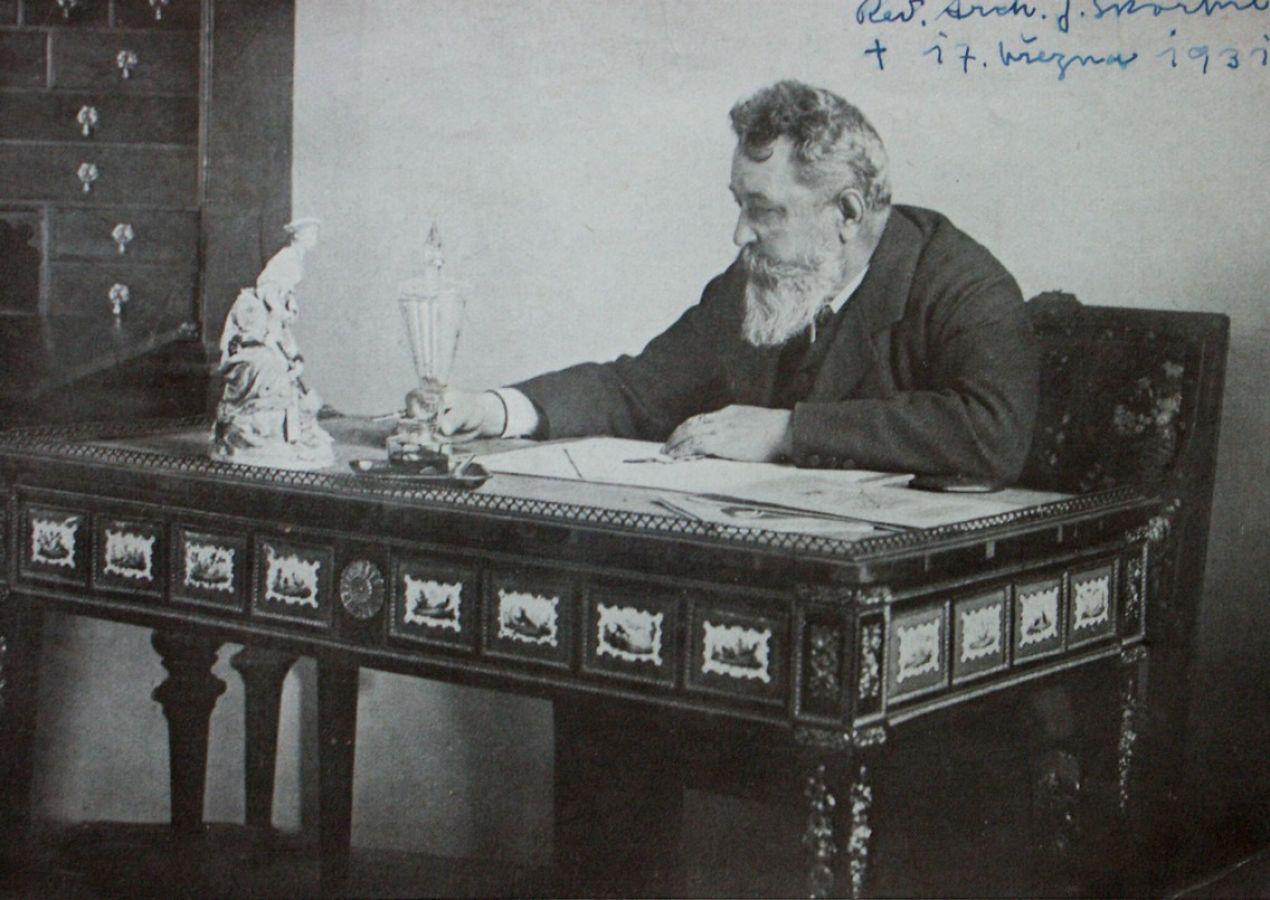 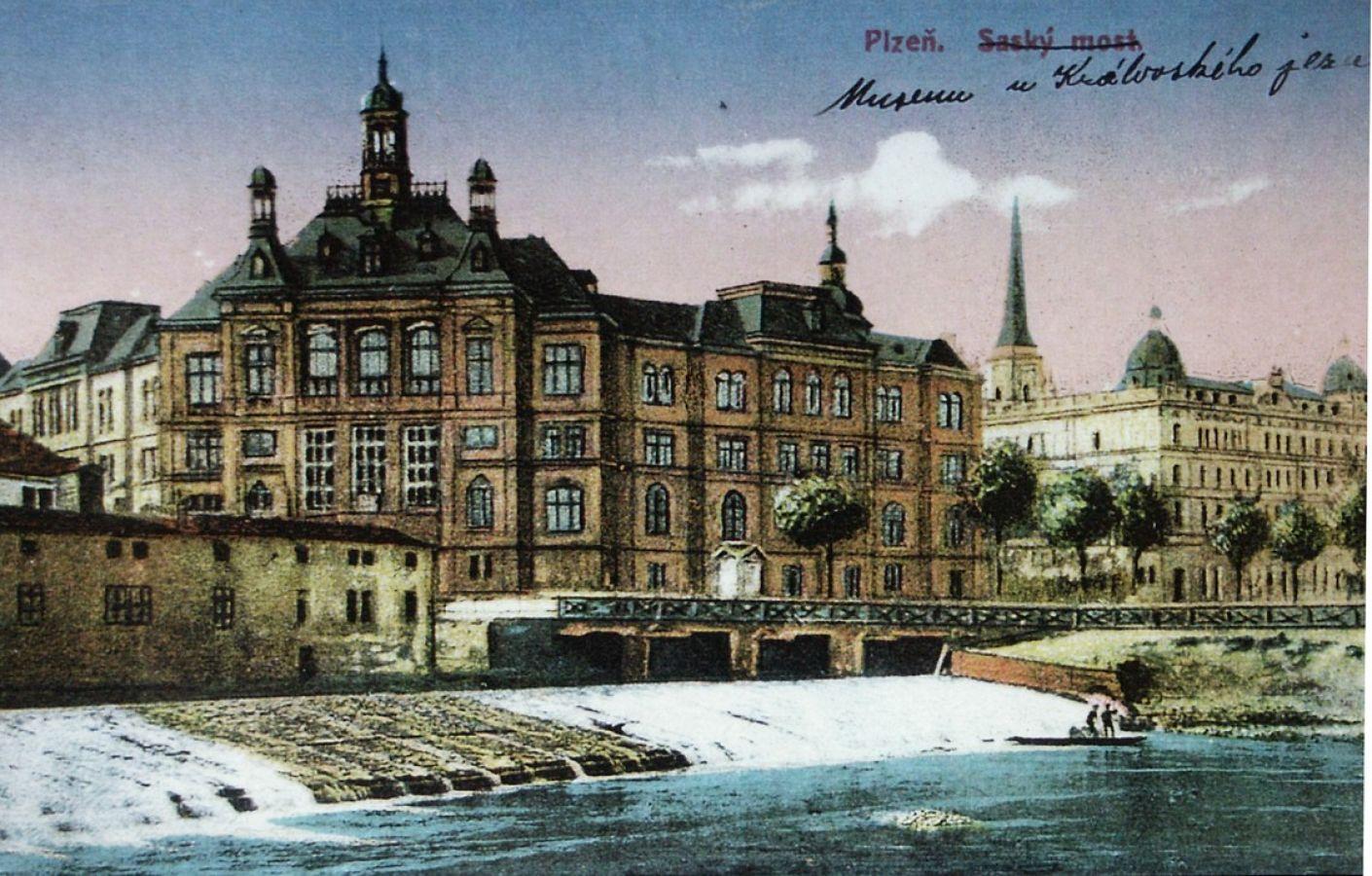 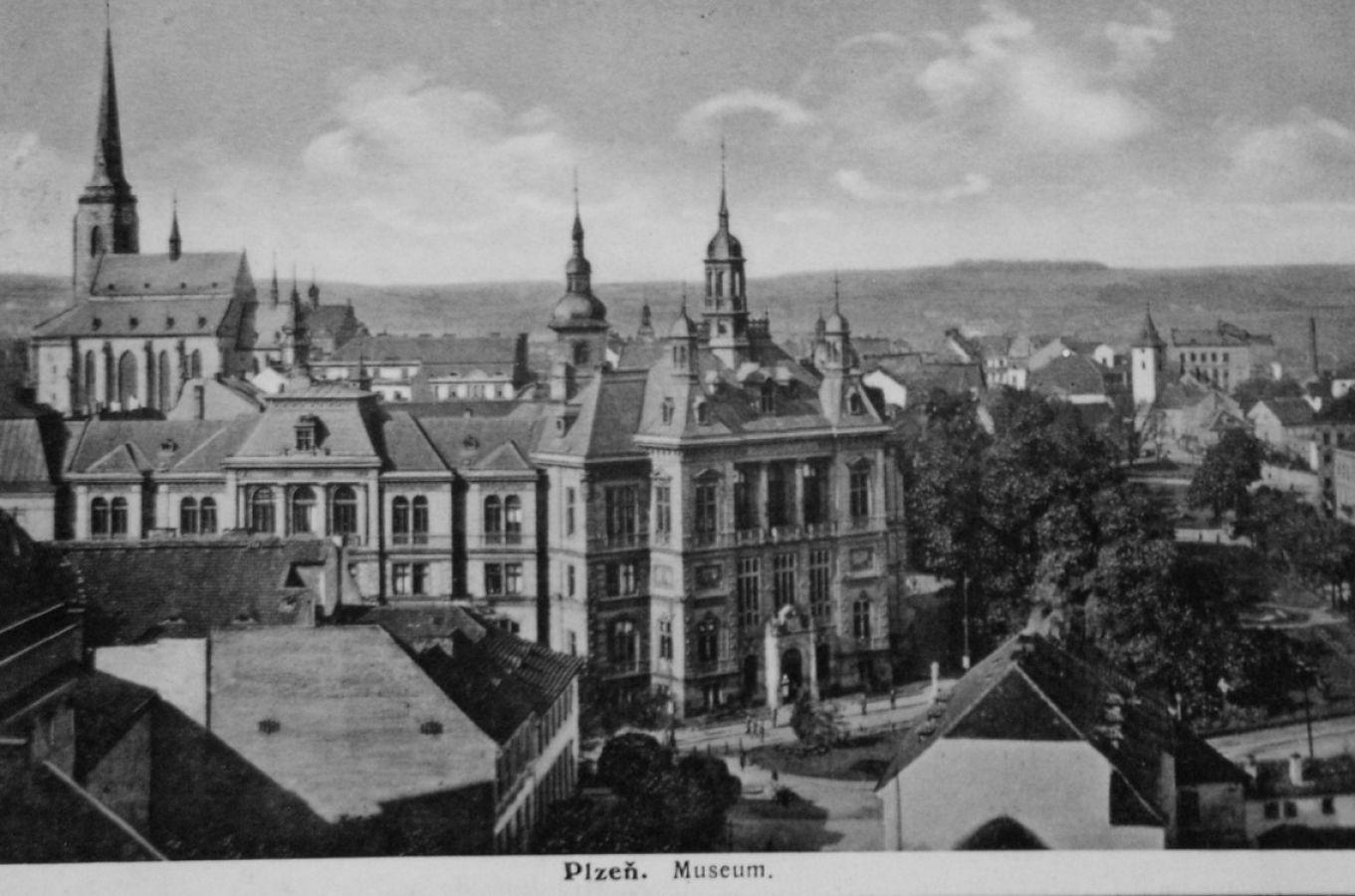 In 1901, the collections of both museums were relocated from the inconvenient premises to the new building and in 1913 the museum was opened for visitors.

In 1909, the Group of Friends of Antiques under the leadership of Ladislav Lábek was established in Pilsen. Two years later, its activities were followed by the Society for Ethnography and Preservation of Monuments of Pilsen and Vicinity.

At that time, the town purchased Gerlachovský House interconnected with Chotěšovský House on the Republic Square for the Society. The ethnographic collections were presented to the public for the first time in 1915. The Ethnographic Museum as a municipal institution was established on 22 February 1918.

In 1939, German occupation disturbed the activities of all three museums significantly. In 1943, the museums were consolidated under a single German administration; several expositions were cancelled and the museum’s collections often suffered from inconsiderable handling. Independence of the museums was renewed in 1945.

In February 1948, the change in the political orientation of the country brought further reorganization. It was on 8 March 1948 that the museums were consolidated into one institutional unit under the name West Bohemian Museum in Pilsen. In the same year, the archives were separated from the collections of the Historical Museum, forming the Archive of the Town of Pilsen. Similarly, the library was detached to become a foundation for the State Research and Study Library in Pilsen. Part of the collections of the former Arts & Crafts Museum was used to establish the West-Bohemian Gallery in Pilsen. In 1958, the Museum, the Gallery and the newly established Regional Centre for State Preservation of Monuments and Nature were connected to form a single administrative unit titled Regional Institute of National History and Geography, which, however, did not last long. In 1960, it was divided again into the individual organizations with juridical subjectivity. In 1987, the Brewery Museum was handed over to the state enterprise Plzeňské pivovary, n.p. with the collections and a standing exposition mapping the history of the brewing industry of Pilsen.

In 2009, the Puppet Museum was built in collaboration with the City of Pilsen. In 2014, the Museum of Religious Art of Pilsen Diocese established together with Pilsen Diocese started its activities in the premises of the former Franciscan Monastery. New branches of the Museum of West Bohemia in Pilsen were established in 2015 as Museum of Dr. Bohumil Horák in Rokycany and the National Cultural Monument – Water Hammer Mill at Dobřív.

Original interiors of the museum around 1913 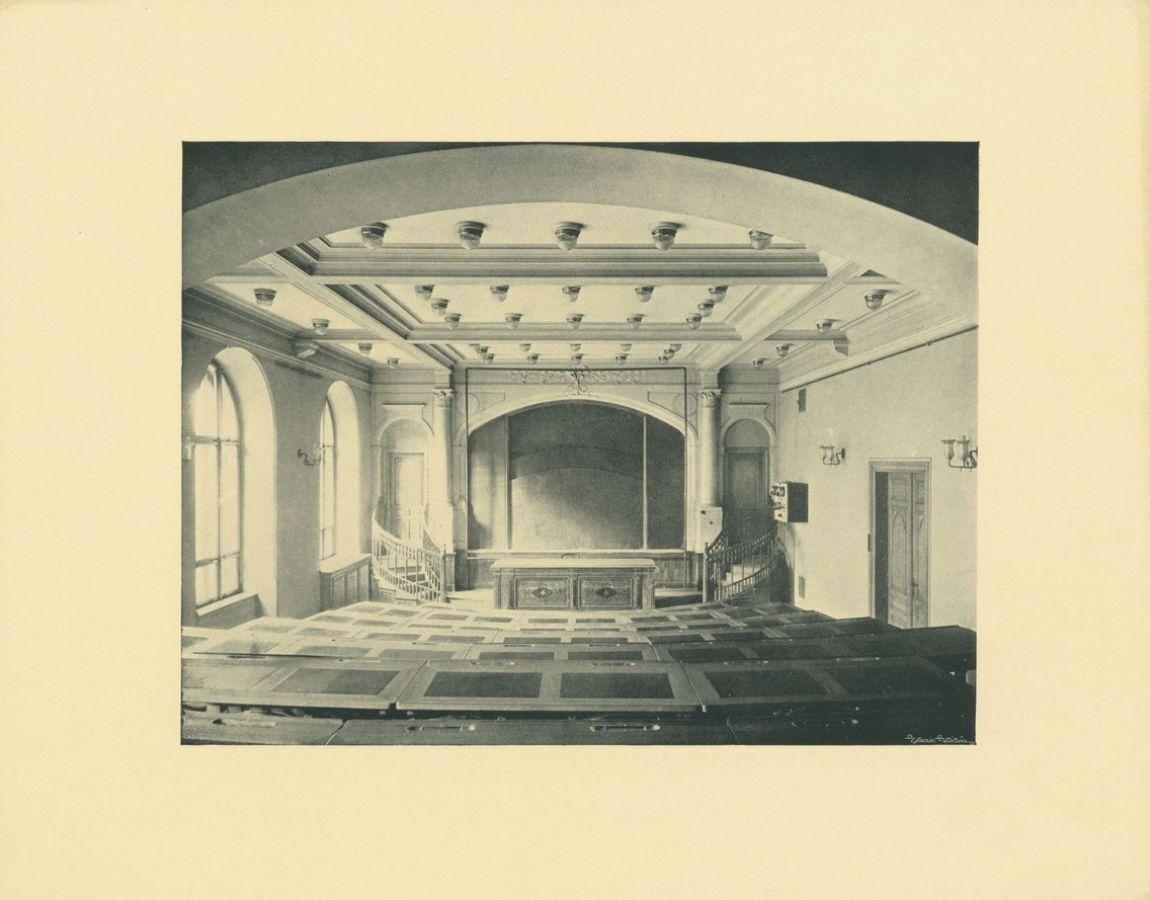 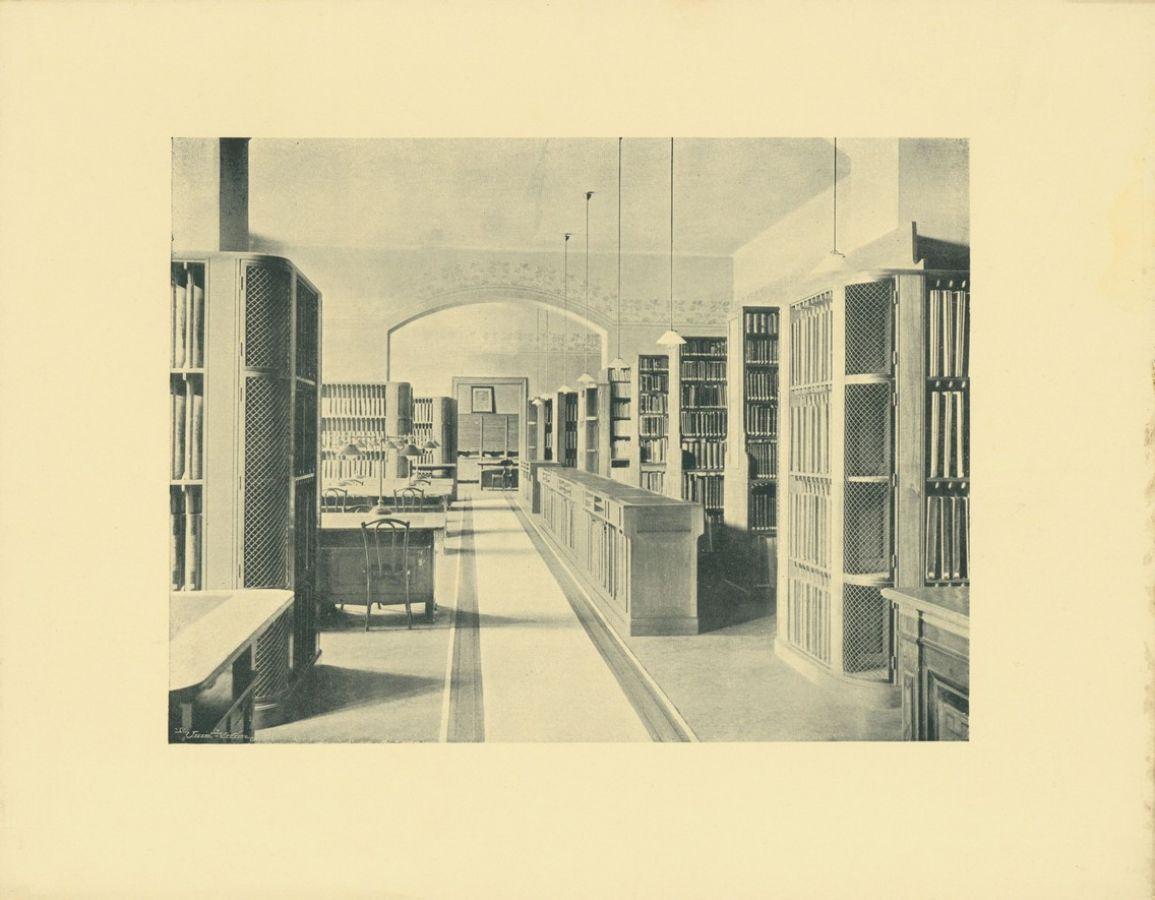 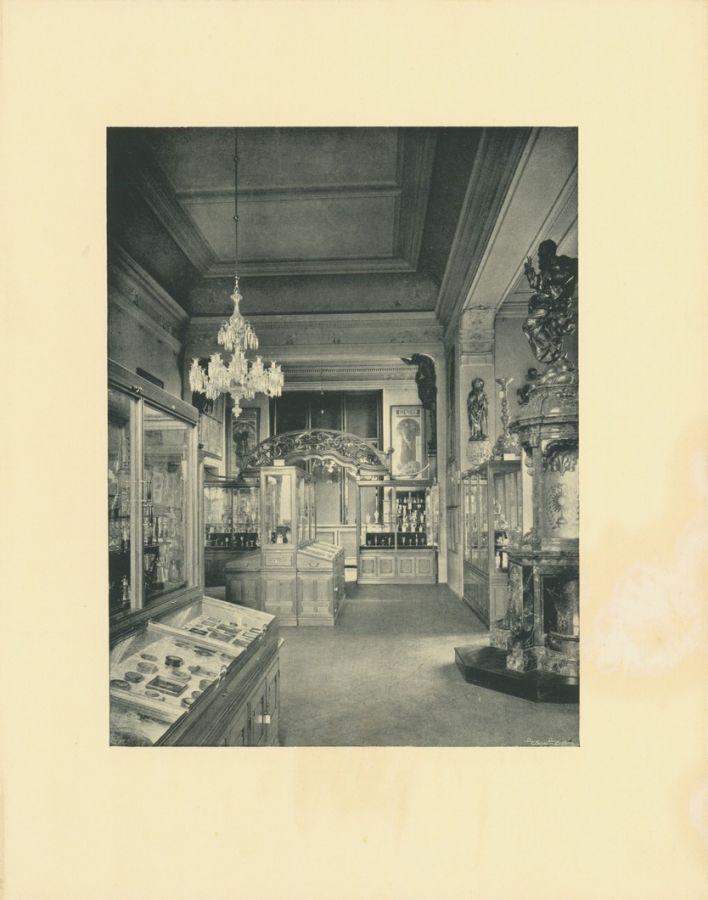 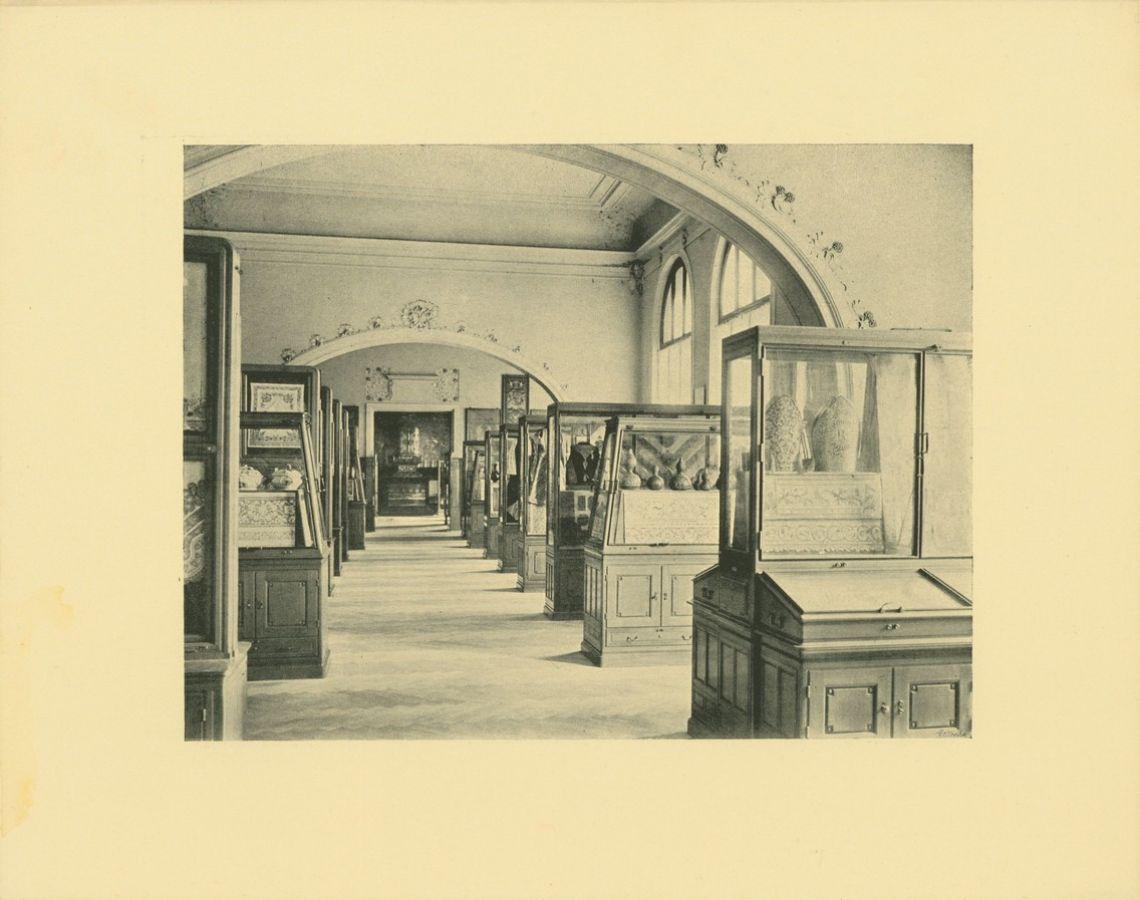 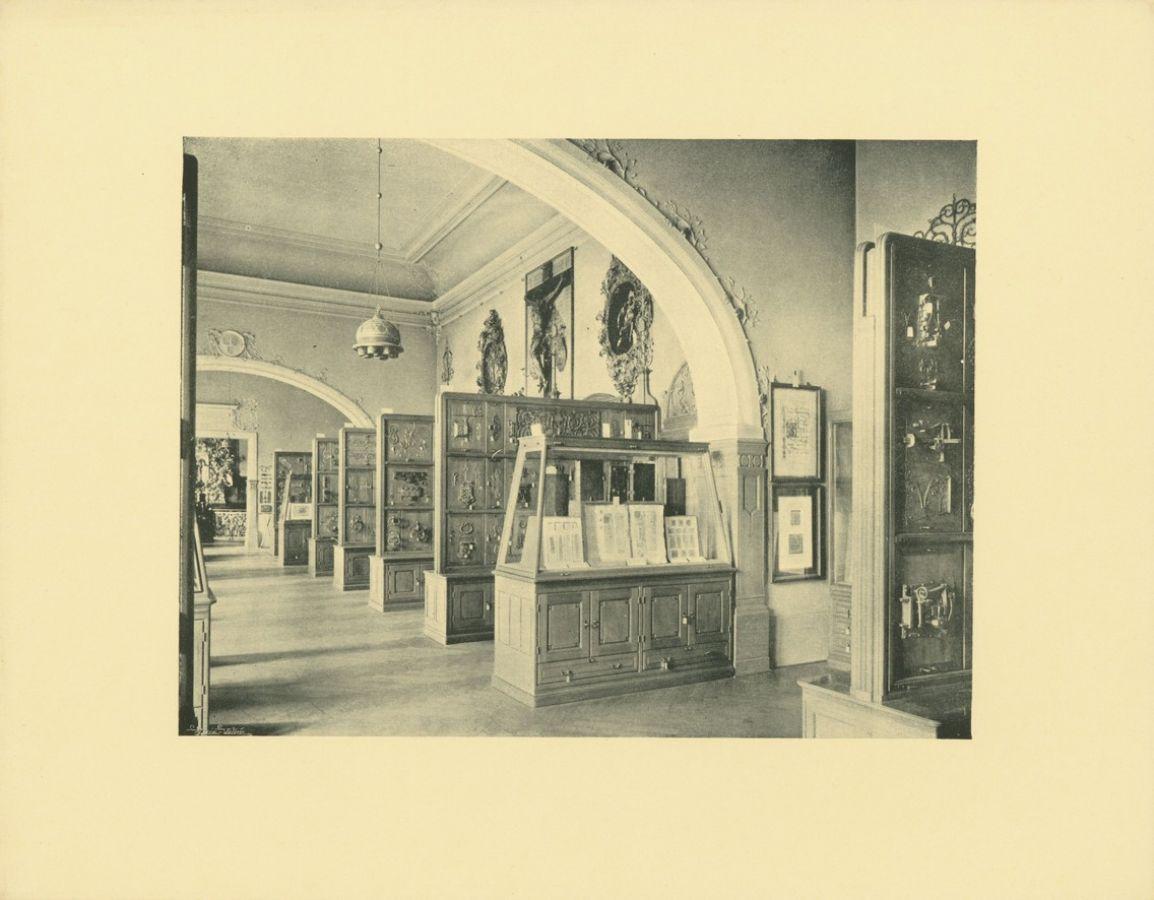 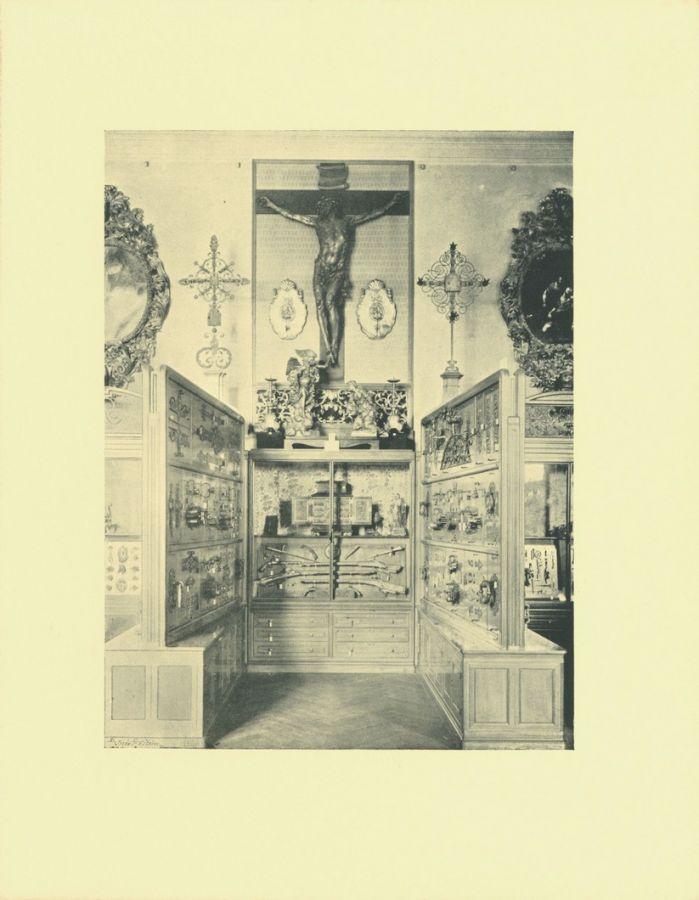 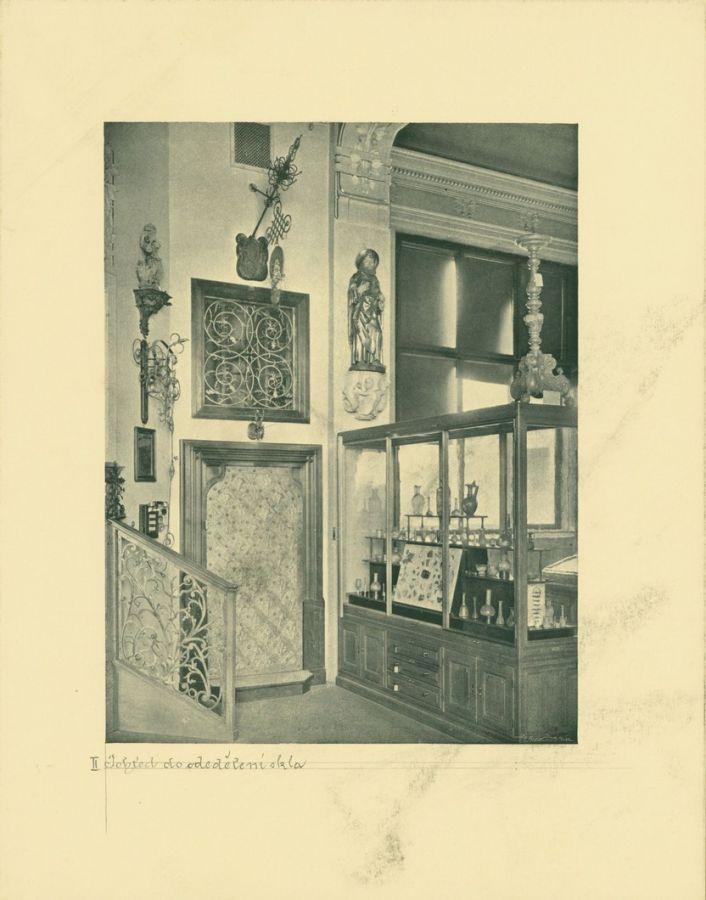 Colored slides from the construction of the museum

All current exhibitions and accompanying programs in Czech only …