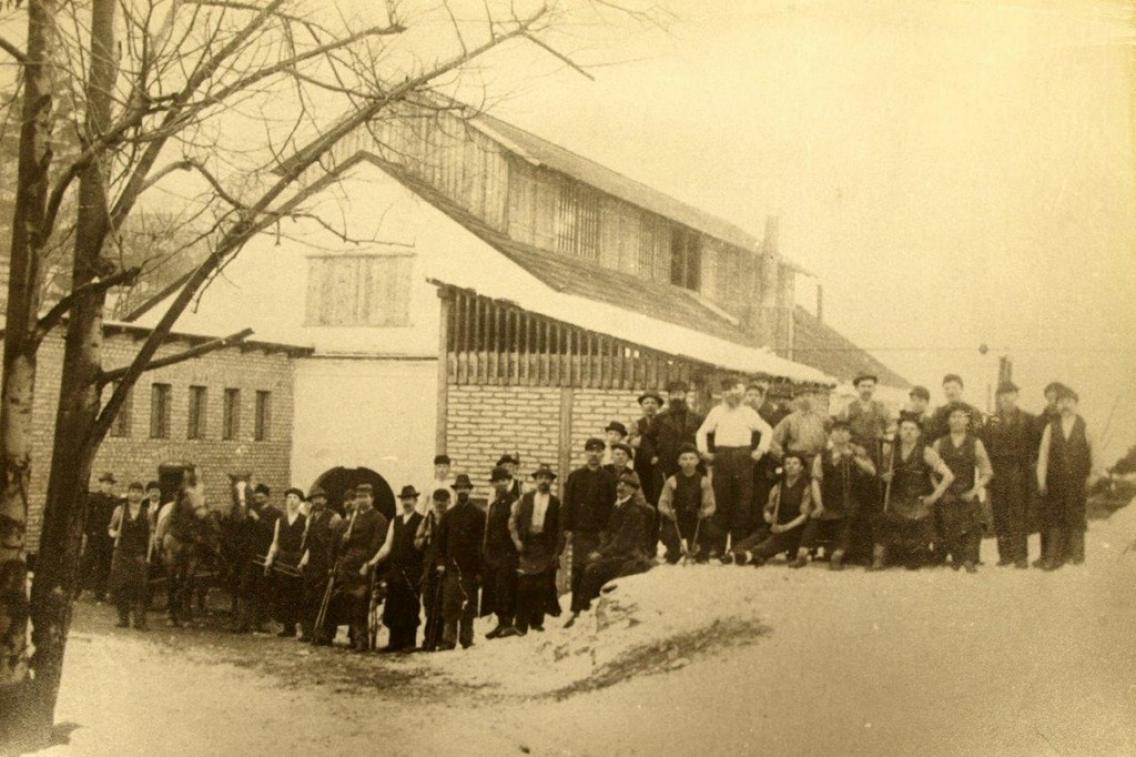 The location of the smelting plants and water mills (Hammers) in Dobřív is still the subject of speculation by many researchers, and varies in sundry historical works as well as it varies in different periods. The written sources, in which the smelter is mentioned, are more devoted to its production, reconstruction and administration. The topographical specification was not essential for the chamber of property administrative officers.

The existence of the water mills (Hammers) in Dobřív is documented in written sources from 1614. During the Thirty Years’ War and after its end, the smelter in Dobřív and the local mills belonged to the largest iron producers in the area.  One mill (Hammer) was situated in the south-west part of the village, in the location of the future rolling mill. The second mill (Hammer) was located nearby a stone bridge.  In 1656, a permit was issued for the reconstruction of the third, so-called “Horní hamr”(Upper Hammer). It was situated not far from the current building. In 1701 and 1702, the original building was replaced by a wooden building with dimensions 20 m x 10 m, which burned down in 1705. The present-day masonry mill (Hammer) building was built up as a new building sometime after 1765, probably as a part of the blast-furnace. This new building merged the Hammer, located in the middle of the village and “Horní hamr”(Upper Hammer) into one facility. The property was conceived as a “double Hammer” under one roof still at the beginning of the 19th century.

During the archaeological survey in 2019 (carried out within the revitalisation project) not only the masonry of foundation of the furnace was discovered, but also a drainage and air vaulted tunnel under the floor of the entire building leading under the bridge to the lower part of the millrace. The wood discovered in the foundation of the furnace was dendrochronology (tree-ring dating) dated to 1756 (the date of the tree felling). The findings also provide evidence of the production of artillery ammunition and cast-iron. The blast-furnace is mentioned in sources still in 1780, when it was considered only as a reserve furnace.  The furnace was abolished definitively in 1819.

The late-Baroque building of the mill (Hammer) with dimensions 32 m x 12 m was modified into the Empire style in the first third of the 19th century. This is particularly apparent on the front gable with the entrance which is equipped with a late-Baroque simple portal with corner guard stones situated at the bottom of the portal (stone exterior architectural element located on the corner of the building, used to protect the building from the wheels). The east wall of the building is fitted with a total of four openings for water wheel shafts. The water wheels worked in such a way that the upper water was fed to the mill (Hammer) from a pond by wooden flumes which include valves that allow water regulation.

In the 1960s (during the Strousberg period) the mill (Hammer) was rebuilt to produced the wrought-iron forgings like parts of arable tools, anvils, railway forgings, horseshoes, anvils, hammers, stone processing tools, shovels  and pickaxes. This production lasted here until the middle of the 20th century. As a result of this fact, the mill (Hammer) was newly equipped with machines water wheel powered through transmission (line shaft) at the end of the 19th century.  These machines consisted of two large pitching Hammers, two smaller so-called ”tail” (compressions Hammers), shears, smaller double shears for cutting the metal sheets and grinder.  Originally, the annealing furnace blower was also driven by a separate water wheel.  In the 20th century other machines were added which were however, already powered by electric current. In 1889, dynamo electric lighting was installed with a voltage of 110 V. Direct current lighting was operational until 1943. 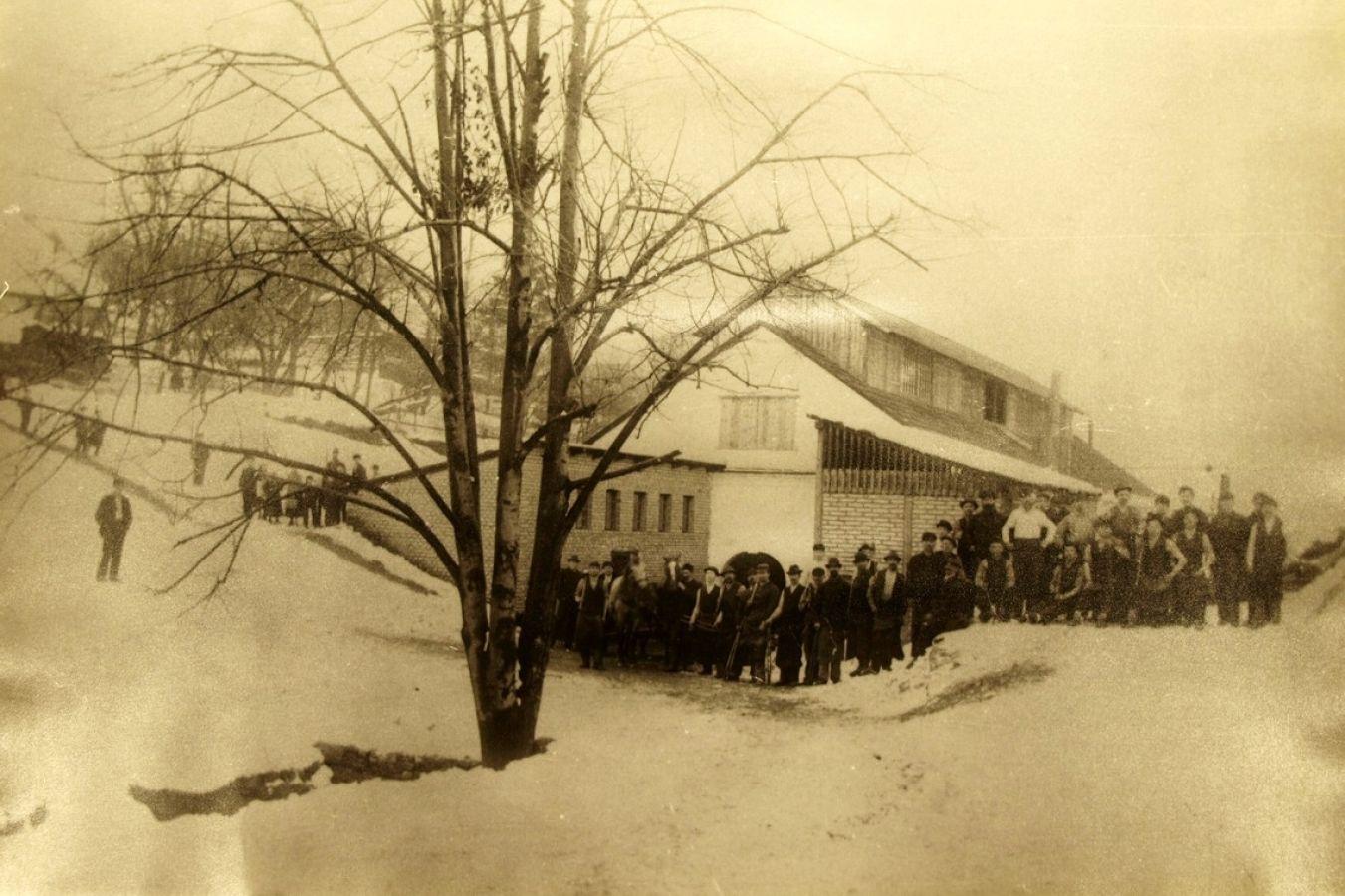 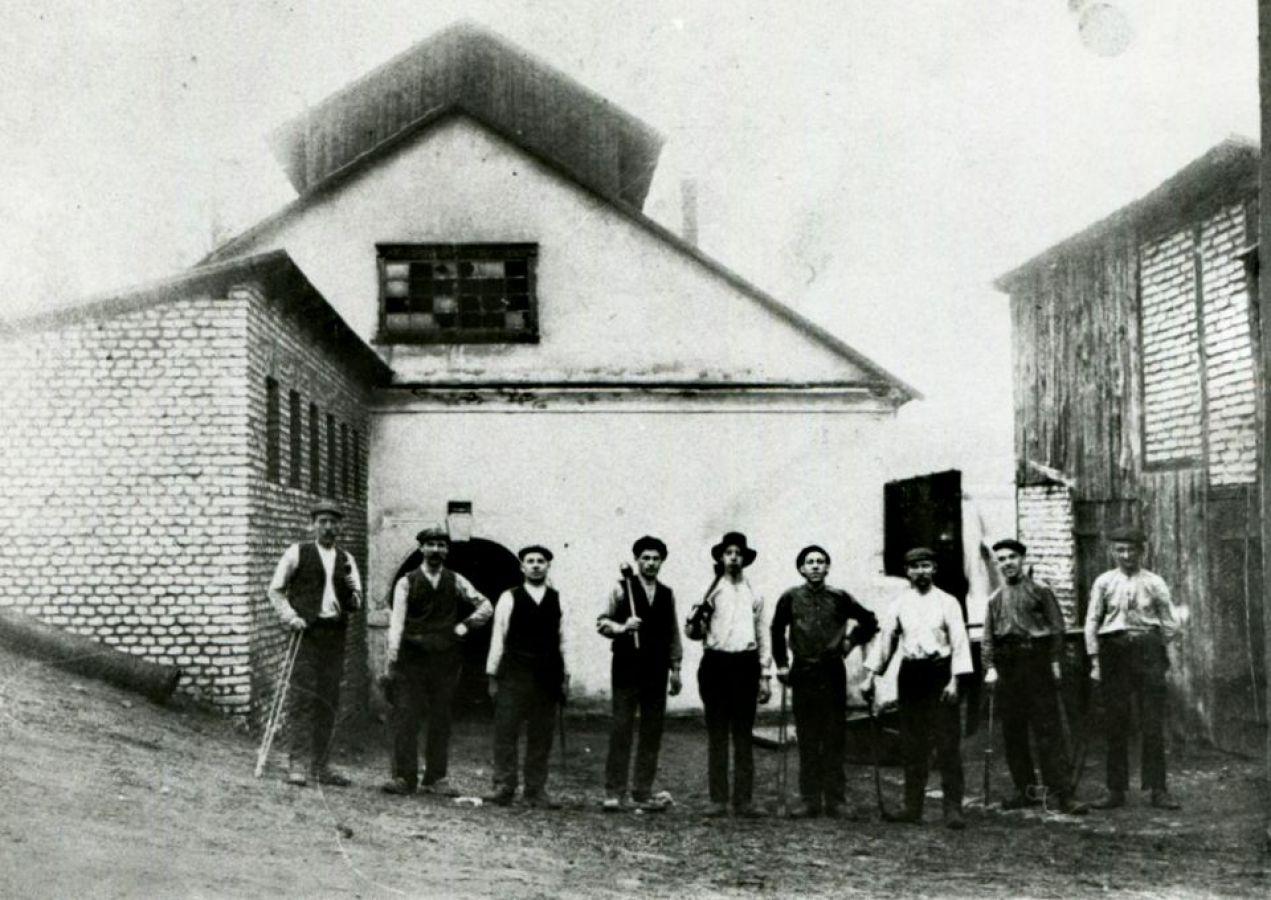 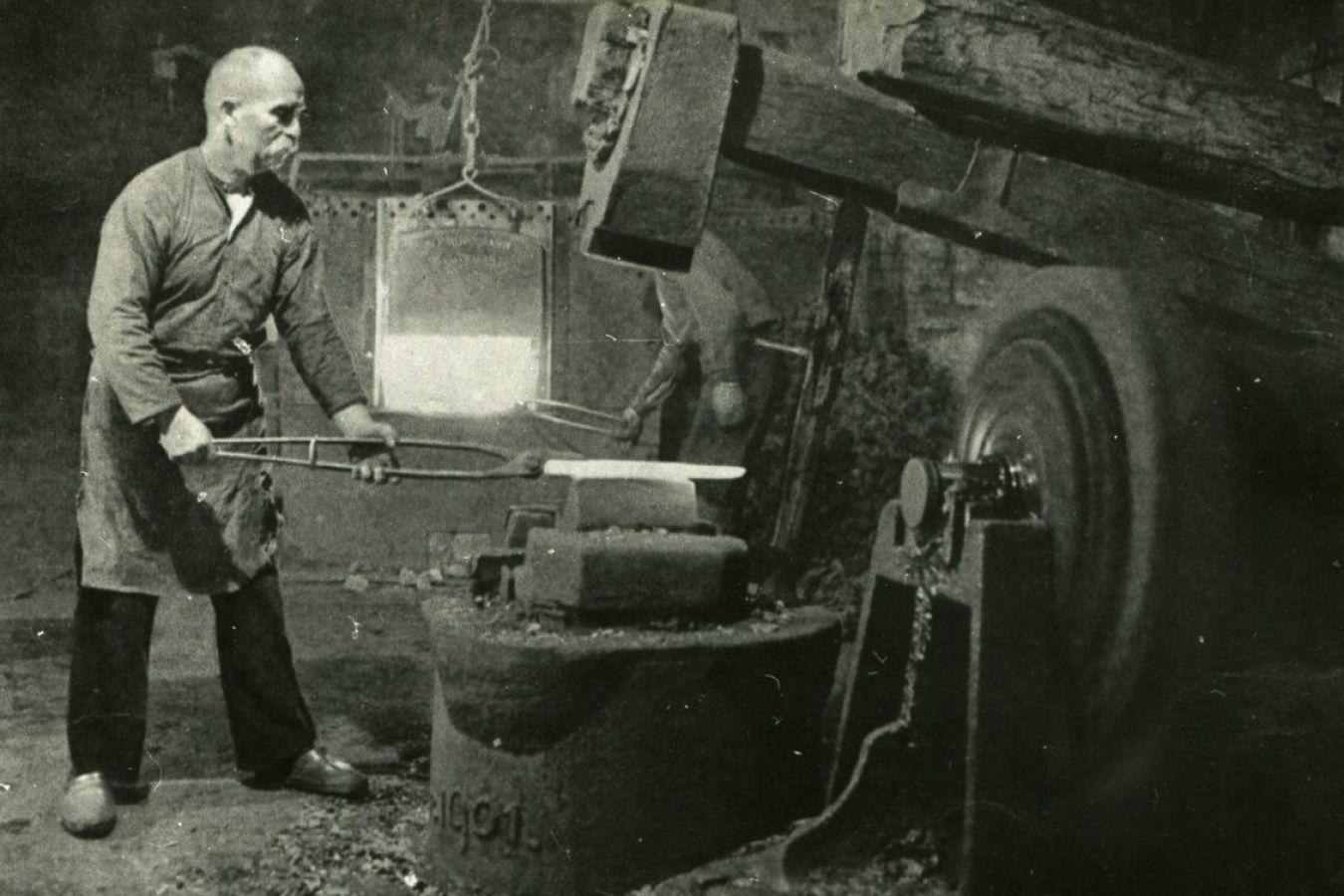 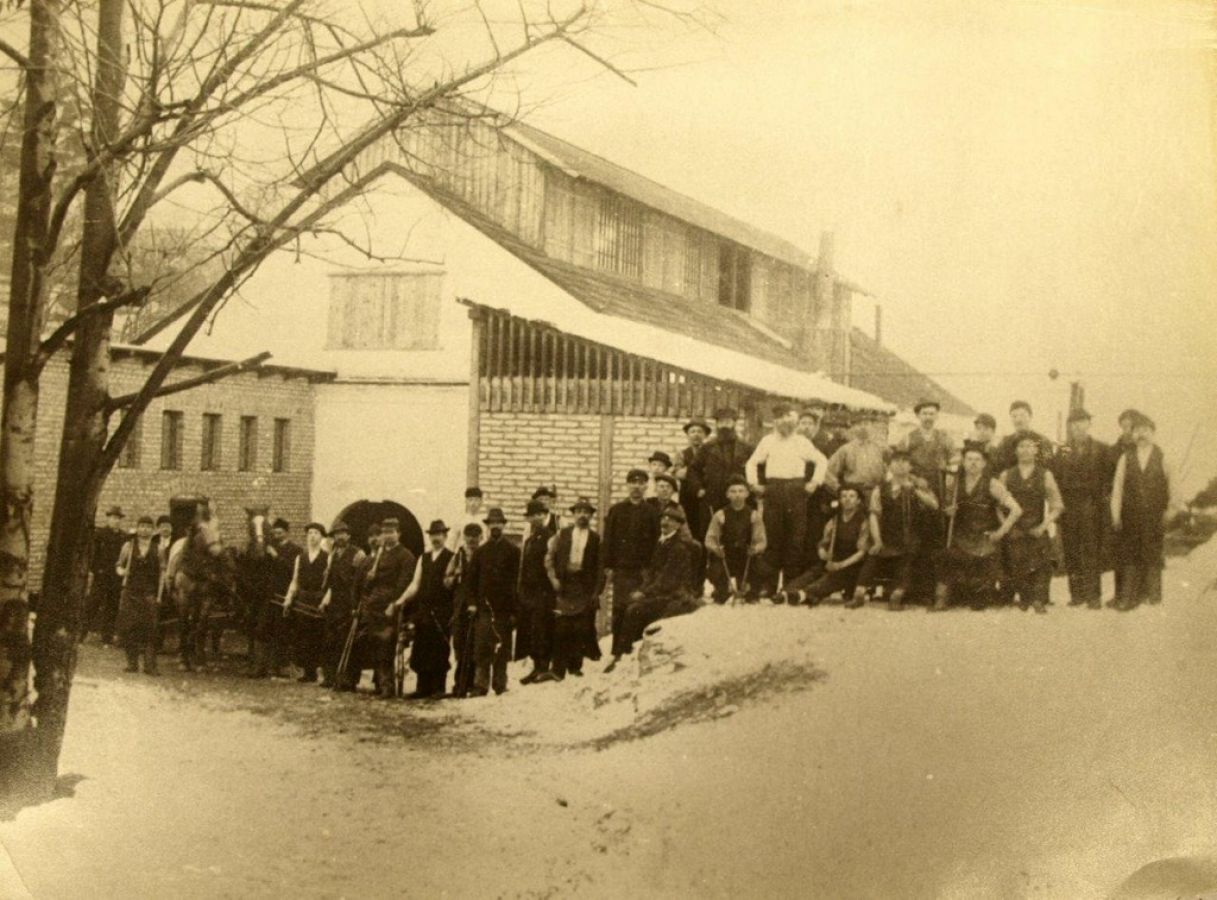 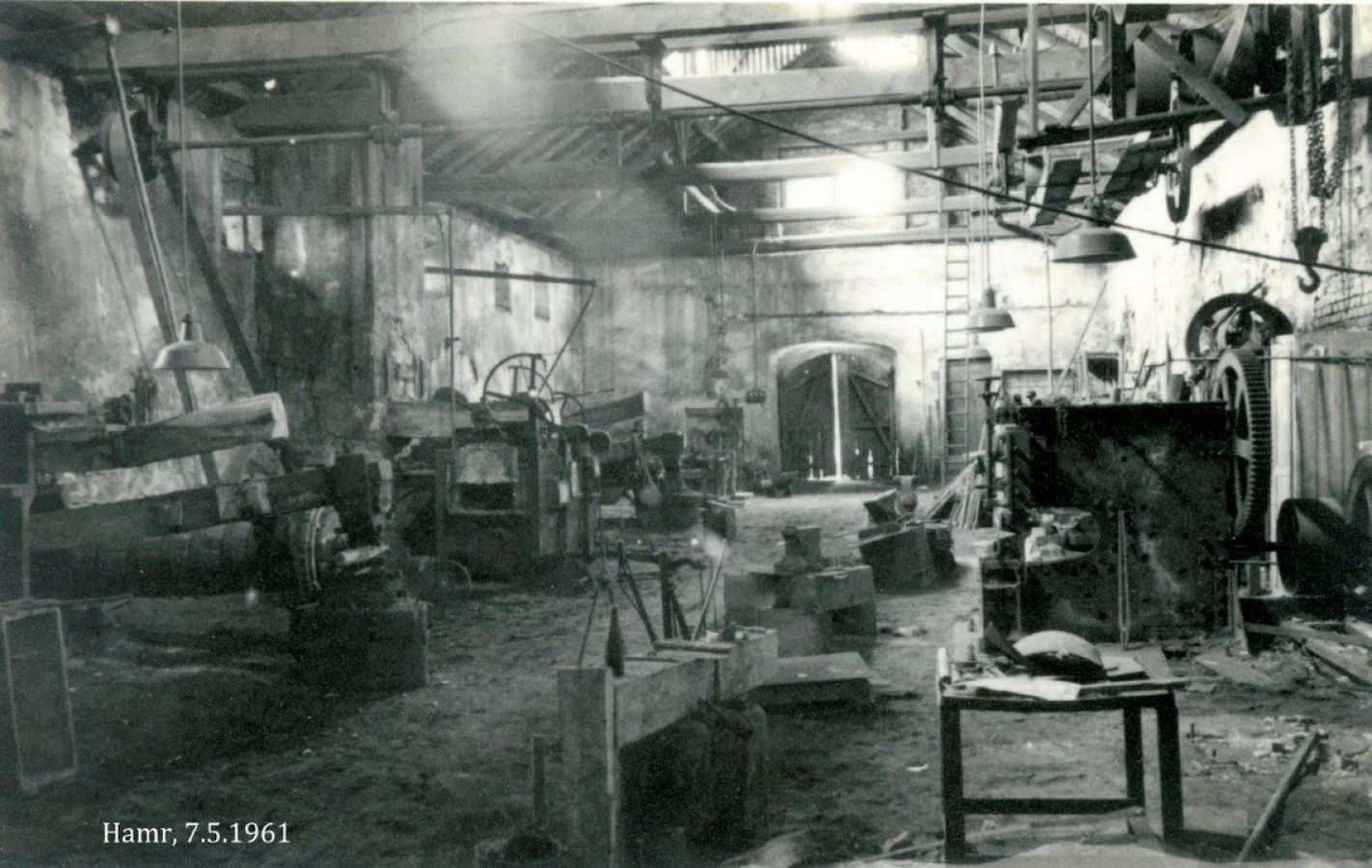 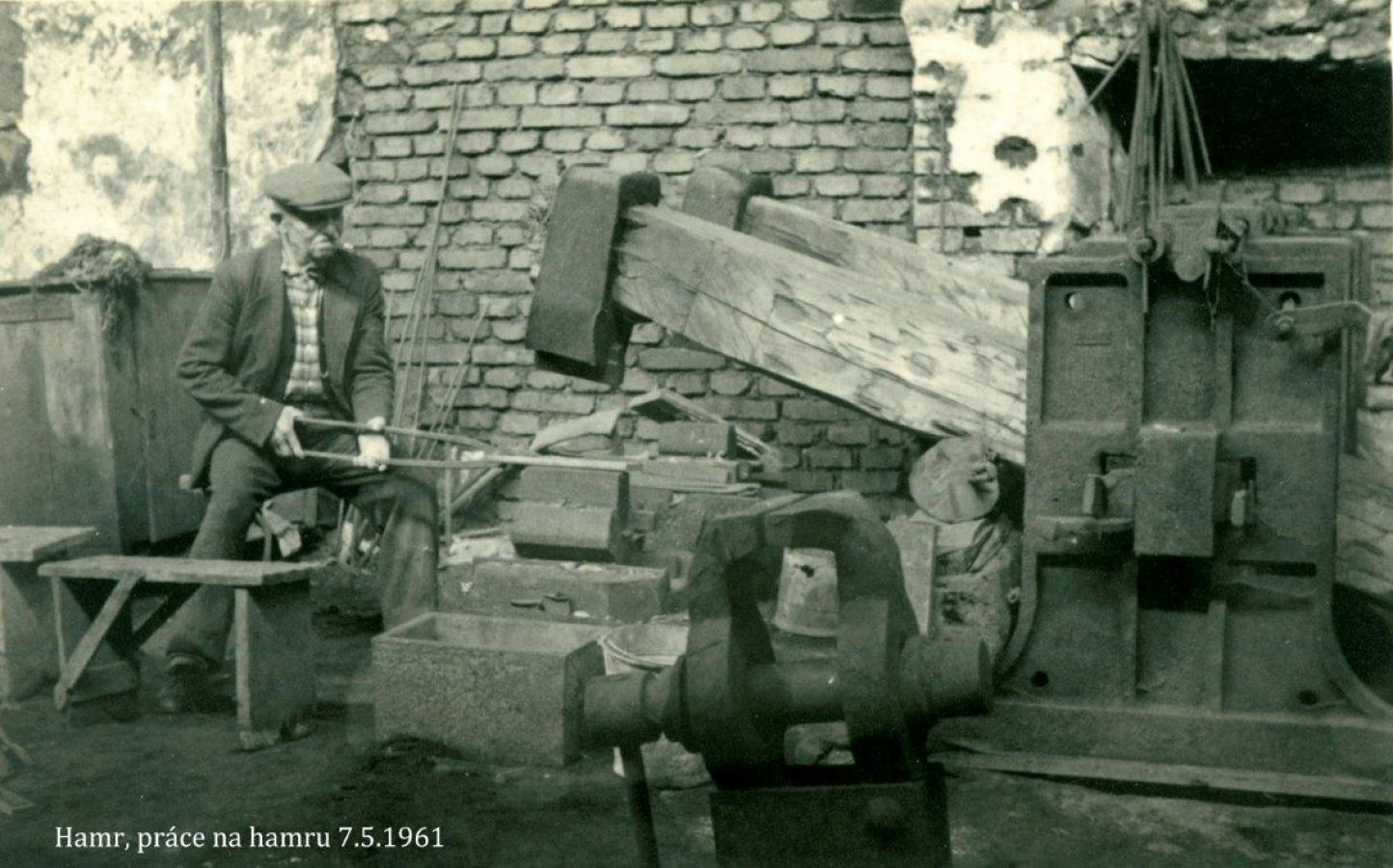 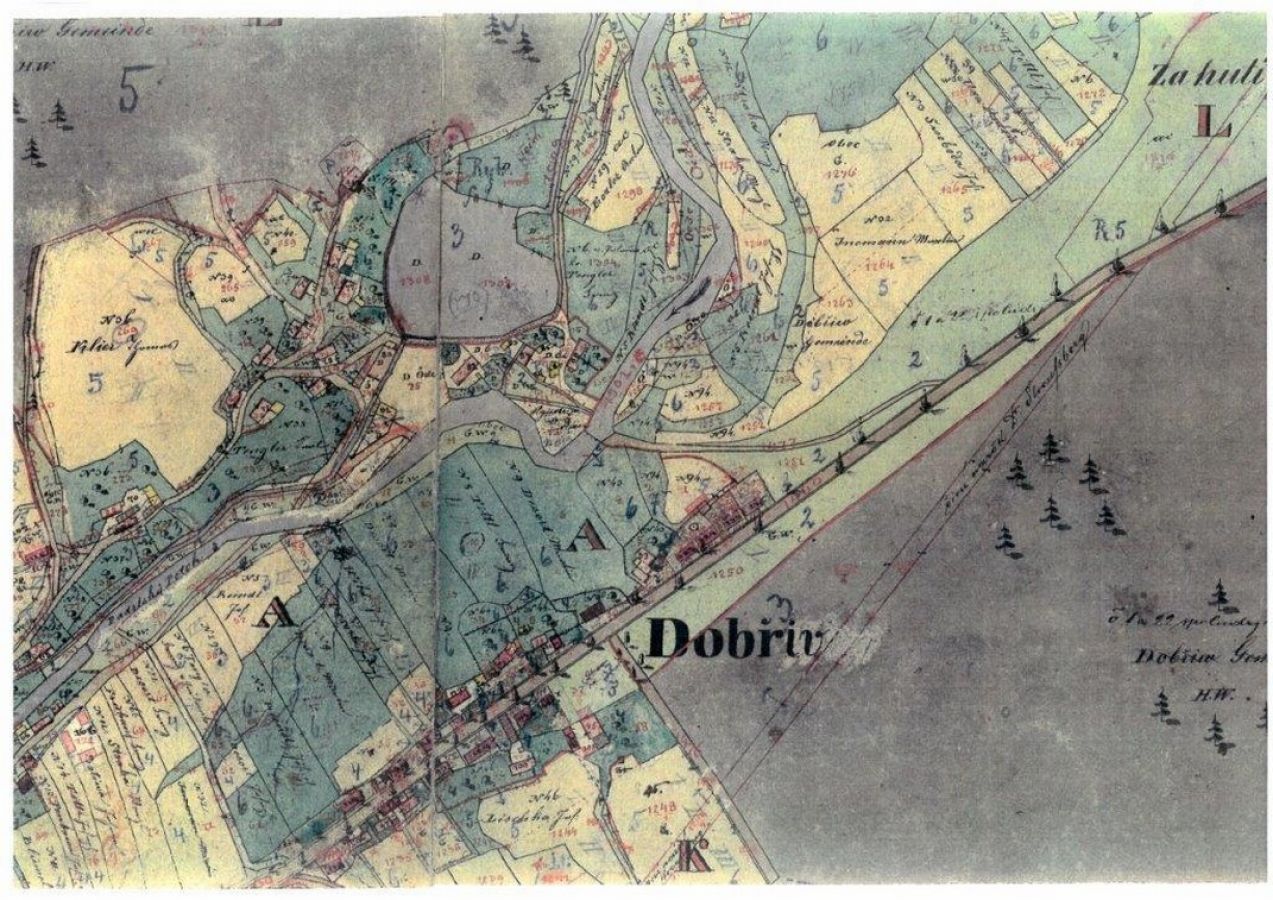 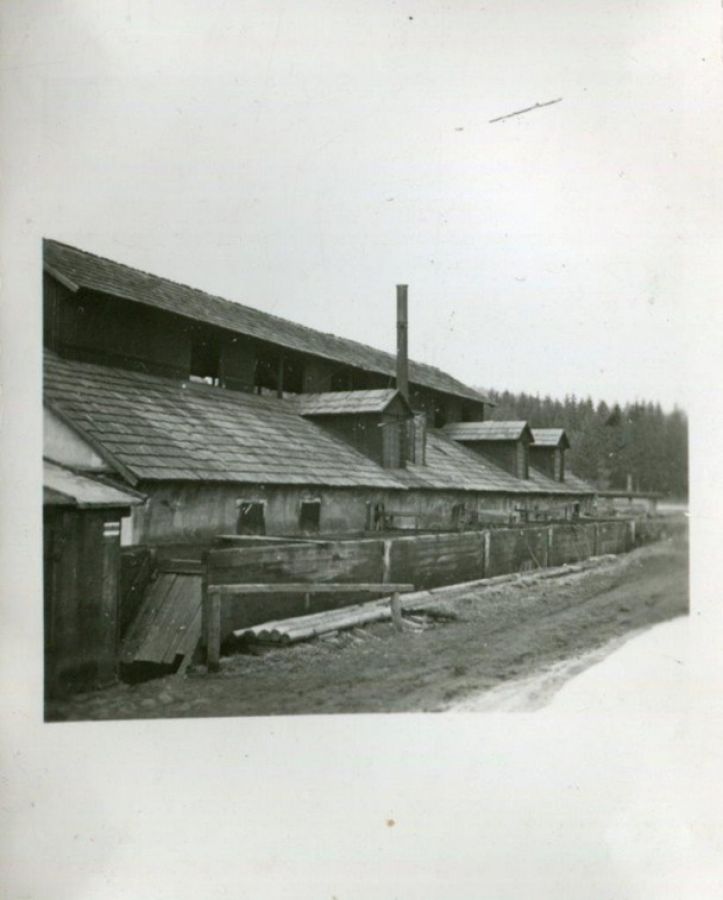